A bit further afield this time – Frodsham! That’s a whopping 30 miles as the Sat Nav flies!

Lesley said ooh there’s a campsite at Lady Heyes do you fancy that?

Well, we used to take our dog for a walk in Delamere Forest (until we found a nicer woods right on our doorstep) and we used visit Lady Heyes on the way home. They had loads of units selling arts and crafts, antiques and furniture, clothes, records, bric-á-brac, you name it. Bob Carolgees had a shop there selling candles. Bob Carolgees, who’s he!?

They had a lovely little farmhouse café too so this was a no brainer for me. I was all excited.

A bit different this time too. I was going on my own and setting the MH up. Lesley was coming round later along with my daughter Claire and her fellah Matt. So four of us this weekend!

I got there first as per the plan and I was surprised at how big Lady Heyes site was. How have I never noticed this before? I suppose I wasn’t looking. I checked in at reception and they gave me a card with a key code on which operated the barrier and allowed access to the amenities. Each pitch is numbered and I followed their directions around the one way system and found our allocated pitch. I think it was number 26, not sure now but it was a good spec with lots of room around Marco (the MH) and like all the other pitches it had its own electric hook up and water supply. And Yay! the pitch was sloping a little bit and I got to use my Fiamma Levelling Ramps

I felt like a proper pro camper.  That soon came to an end though as I still had the garden sprinkler on my hose pipe and it took me an age to fill the water tank. Every time someone passed by I  gave them a little smile to let them know everything was just fine. even though I had serious hand ache from holding the lever down! I had to keep swapping hands or stopping and doing something else for a while.

I’d just about finished, tank filled, chairs out, kettle on when Lesley, Claire and Matt turned up.

Being so occupied I hadn’t really noticed how busy the site was. Lesley pointed out that we had never noticed it before because it never used to be here! This is a big site. There were dozens of motor homes, touring caravans and tents. On top of this the site has loads of Glamping pods and a few permanently placed American Style RV’s. A lot of these have decking and outside hot tubs. The site is really child friendly with an indoor “Wacky Warehouse stylee” play area and an outdoor play area too. I think it was still a bit work in progress though as there was an area where (even more) pods were being built.

One of the things I thought was quite nice was that in the camping field there were a few extended families with several tents and they had their seats arranged in circles with anything between 12 and say 20 family members, friends and children sat around chatting and having fun. Got to be better than sitting in with an X-Box.

It was quite fun having Claire and Matt with us. Marco is fitted with a gas oven and Lesley soon got dinner underway. It was still warm enough to eat outside and we were in for a treat . Lesley had made a wonderful pasta dish, Pork with Tagliatelle, absolutely delish.  And we had Caprese for starters, it’s alright this camping lark!

After dinner we walked over to the clubhouse (or Tea Cosy Café as their website calls it) but I was a bit disappointed.  It’s a fairly big room but it seemed a bit like campsite club houses used to be in the 80’s. Surprising really since the site is so modern. The clubhouse served food but to tell the truth it sort of smelled like a greasy spoon café. There were only two or three other people in there and at first no sign of any staff. Then a young girl turned up and served us beer so that was good. I think the clubhouse might be a bit work in progress too as it all looked very new and a room marked “Kid zone,” or something like that, was stuffed with new settees still under wraps.

We decided to head back to the MH and have a drink there before turning in. It had got a bit cold by then so we had to put the heating on – another first. The heating worked fine – so good we had to turn it off after 15 minutes. We (alright, I) drank a bit too much beer, then took Muffin for a walk before getting ready to turn in. The Rimor has a separating door making two distinct bedrooms so Claire and Matt were sharing the front bed which drops down from the ceiling and we were using the rear beds as usual. We all had a good night’s sleep and Claire and Matt report that the front bed is very comfortable.

After breakfast and dog walking we decided to visit the craft shops but that was another disappointment. There were hardly any shops! Nowhere near as many as I remembered. Instead there were just a few shops and the new indoor play area. Although we did buy our daughter a housewarming present from Fairtrade Lifestyles a beautiful decorative wall hanging of Buddha. The nice little Farmhouse Style Café seems to have closed too. I assume the Tea Cosy Café will be taking its place!

I’m a bit confused now as this was my impression on the day but Lady Heyes website still lists a good number of shops  See Here – including Bob Carolgees candle shop!

Ah well. The site has a lot of good reviews and while It might be great as a campsite, especially for families, it was not really for us. I don’t mean to put anyone off though I’m simply relating my impression. There were a lot of families having a great time so as with most things if you really want to know check it out for yourself.

What did we learn?

Well on the last trip we learned that filling the water tank can take for ever but I still hadn’t done anything about it – hello again arm ache! So I guess I’ve learned to act on our findings. I must get one of those water tank caps.

I learned how to use the levelling ramps, which couldn’t be easier. Simply place them in front of the wheels and very gently drive onto them. You can place one a little in front of the other if you need to correct left to right level as well as front to back. You could do with someone watching to make sure you don’t drive off the end! ( I just got away with it – beginners luck). This little device  is useful for checking how level the MH is. I just put it on the table and have a quick look once we’ve parked.

I’m afraid to say I don’t really have any pictures of Lady Heyes Caravan Park! At this point I had not even thought of doing a blog and there wasn’t much to attract me as a photographer. ……………except for this bad boy. 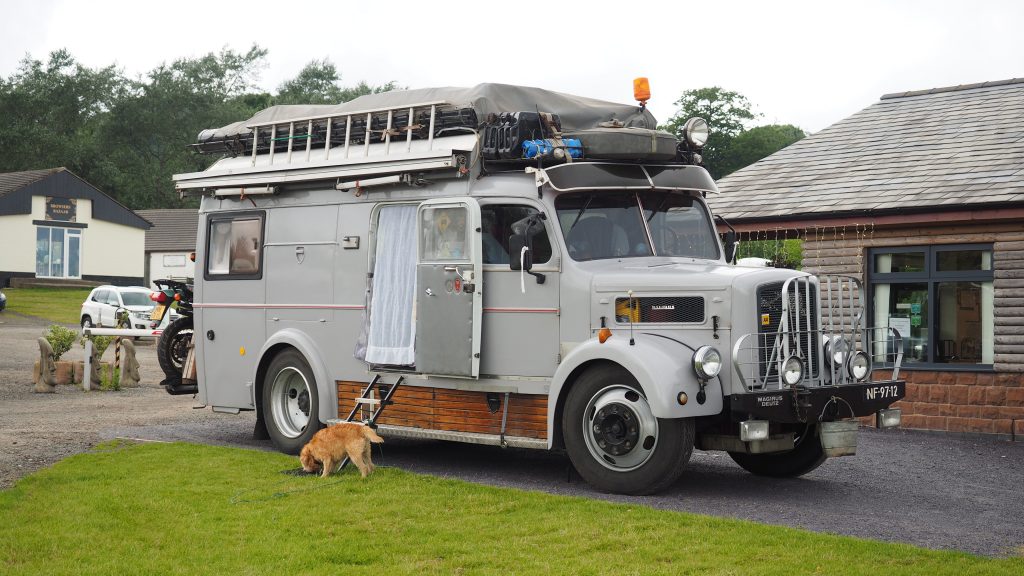 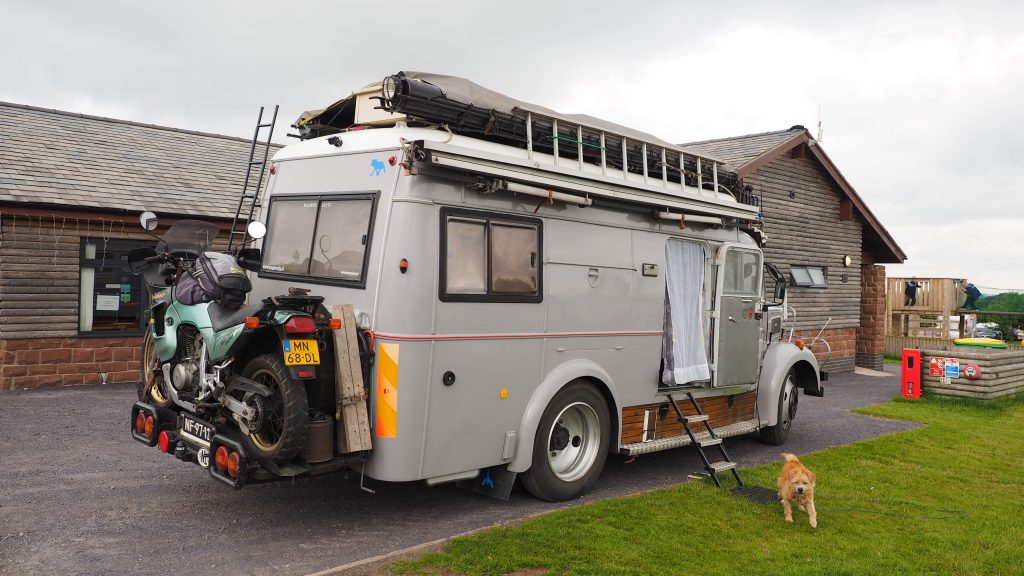 So that’s all for now. Catch you next time.